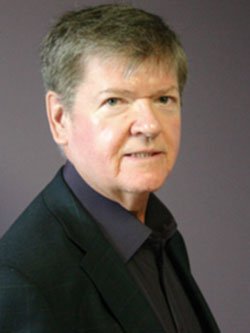 John Peer has an extensive background in the media, broadcasting and entertainment arena ranging from executive positions with corporations to entrepreneurial roles as a consultant, advisor and Executive Producer. He maintains contacts at senior levels of the industry across North America. He provides confidential consulting services via NDA’s to high profile global leaders who require a high degree of confidentiality, services include: communications; PR; people relations and problem solving.

Mr. Peer is a prolific idea person who began his career in the media and entertainment business while living in Santa Barbara, California in the 70's, thanks to his mentor, the late Hollywood guru Jackson Leighter. Jack had an extensive Hollywood background including being the managing partner with Orson Welles in the legendary Mercury Theater of the Air radio programs, and as a manager/ producer working with talent such as Rita Hayworth, Melvyn Douglas, Jane Russell, Frederic March, Joseph Cotton, Esther Williams, etc., as well as dealing directly with top studio executives, agents and filmmakers. Jack introduced Mr. Peer to his industry contacts and they also worked together to develop and package story properties and produce live musical concert events, including producing one major Jazz event in San Francisco for the syndicated television market.

Following a tragic death in the family, Mr. Peer returned home to Canada where his industry experience continued, initially as a Broadcast Executive with the media giant Standard Broadcasting Corporation, (radio and TV stations, plus cable and production facilities) as head of development/creative services for their broadcast division. He developed business for and helped to structure partnerships such as a co-venture with his contact, broadcasting czar/producer, Fred Silverman that resulted in a prime time CBS network sitcom called ˜Morningstar & Eveningstar" and worked with writer/producer, Roger Price (˜You Can't Do That On Television™).

After Standard was sold he then set up his own business, The Peer Media Group, to create opportunities in the broadcasting and entertainment industry sectors worldwide and to provide consulting services to a broad array of major Canadian based broadcasters such as Metro Broadcasting, The Global Television Network, Radio Nord and WIC Western International Communications Ltd. These creative and business activities have ranged from CRTC regulatory government liaison assignments, as well as creative communications and content work to content evaluation and developing and negotiating strategic alliances for television programs with U.S. suppliers and networks. One such alliance he structured resulted in the Columbia Pictures/WIC Movie-of-the-Week for CBS, "Christmas on Division Street", starring Hume Cronyn and Fred Savage.

Other consulting clients for Mr. Peer include the US and Canadian government's environmental/wildlife program, the North American Waterfowl Management Plan, for whom he recruited Leslie Nielsen, Wayne Rogers, Dan Aykroyd and Barbara Eden as spokespersons. He then helped to create the show content and was Executive Producer for a promotional awareness video/television show entitled, "Crisis in the Wetlands", starring Leslie Nielsen and negotiated an association with Disney. He also handled the marketing/sales and distribution of this documentary to US/Canadian television stations and networks.

And, he has written and is developing three original theatrical film story properties, a zany comedy called "Scope", inspired after working with Leslie Nielsen, an animal driven family drama called "Valley Of Love", set in New England and a psychological thriller titled, "Cathedral of Souls" set in his old hometown of Santa Barbara.

He has worked with a first-time Ottawa based film entertainment client, Alienated Toad Productions,  to help them structure their initial theatrical film production, "Crossing Nirvana", since produced, and as Executive Producer of the film he also handled distribution and some of the publicity of the movie/talent, via an Ottawa Sun story and arranging for the filmmaker couple to be on the national CTV network's e-Talk TV show.

Mr. Peer continues to help new talent; he assisted attorney/writer, Robert Winogron, in selling his script in Hollywood “Error in Judgement” and then secured for him a top literary agent at the William Morris Agency. He is working with Mr. Winogron to prepare and package his latest screenplay for the Hollywood market, Newsreel.

Mr. Peer accepted an assignment from IT icon Dr. Michael Cowpland, (Mitel/Corel/WordPerfect) now CEO of Zim International, www.zim.biz to help build and acquire Hollywood library content- Movies, TV and Documentaries for Zim's new global Internet TV Network, Zim-TV. In addition to acquiring about 2000 movies for this new global Zim IPTV venture on a rev-share partner basis he helped Zim build a new business model for the leasing of their global IPTV Channel platform. See www.zimtv.biz or via cell at www.zimtv.mobi.

Mr. Peer is currently working with a Hollywood financial principal to help with a raise-up of  $250 million for a slate of 8 star driven multi genre theatrical films from proven film producers planned for 2020; this service includes using his extensive contacts to bring in media partners from North America and abroad.

Mr. Peer also has interests and global contacts in non media and entertainment activities, including green technology, IT, cars and in developing his not for profit food aid plan P.E.E.R Sharing to be funded as a pilot project in the U.S. in the Fall of 2020.

As part of this ongoing entertainment industry research and work with filmmakers, Mr. Peer created and is actively at work on an innovative planned Gen Y global market driven digital movie studio called The Hollywood Movie Club. He also owns the high concept brand domain name www.hollywoodmovieclub.com (parked). This high concept social media oriented new movie studio –Facebook meets Netflix, crowd funding to the next level -will be based in L.A., New York and China. The Hollywood Movie Club venture is currently in the development and early equity funding phase. He also has a high concept combo digital and TV venture underway titled www.MissingPersons.TV  and is in discussions with venture partners.

Mr. Peer's education and early career experience was in finance and management, including working in the Investment, Estate & Tax departments for the Royal Trust Company in Canada, and in the U.S. for the international CPA firm, Haskins & Sells, now Deloitte. 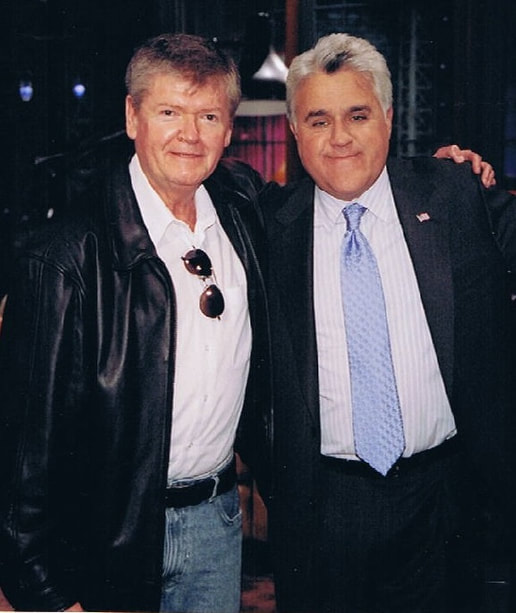 On the set with Jay Leno just before taking me for a drive in his classic 1925 Doble Steam Engine car! 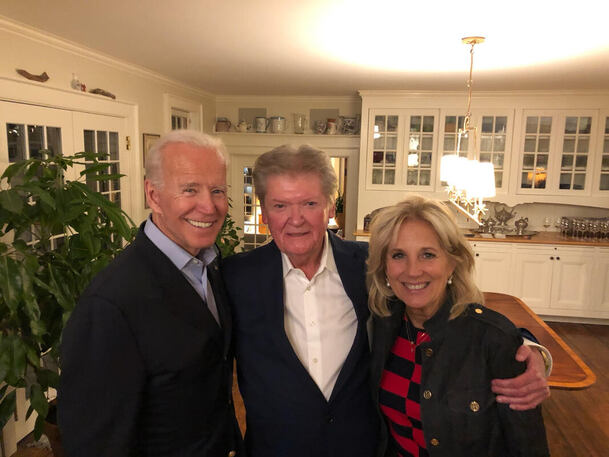 Together with Jill and Joe Biden